Other People Matter. Period. Anything that builds relationships between and among people is going to make you happy.

For an in-depth overview of each weekly slide presentation, please skip below to your specific grade level.

Starting Monday, Partner Schools nationwide will teach their students the final week of “official” P2 content for 2017-18 — the Other People Matter Mindset. As you probably know by now, #OtherPeopleMatter is our motto, hashtag, and the spirit of the movement we are building. It originated with Dr. Chris Peterson, one of the founders of positive psychology and Mike Erwin’s mentor and advisor in graduate school. Other People Matter was Chris’ thesis resulting from his decades of research.

As Chris wrote in 2008, he would often begin lectures by stating, “I can sum up positive psychology in just three words – Other People Matter. Period. Anything that builds relationships between and among people is going to make you happy.” Chris passed away suddenly in October 2012 and we are proud to carry on his legacy through the research on character and relationships that he led for over a decade.

Please see below for a video of Chris and Mike explaining Other People Matter — and the visual depiction of what the #OtherPeopleMatter Mindset looks like and sounds like. 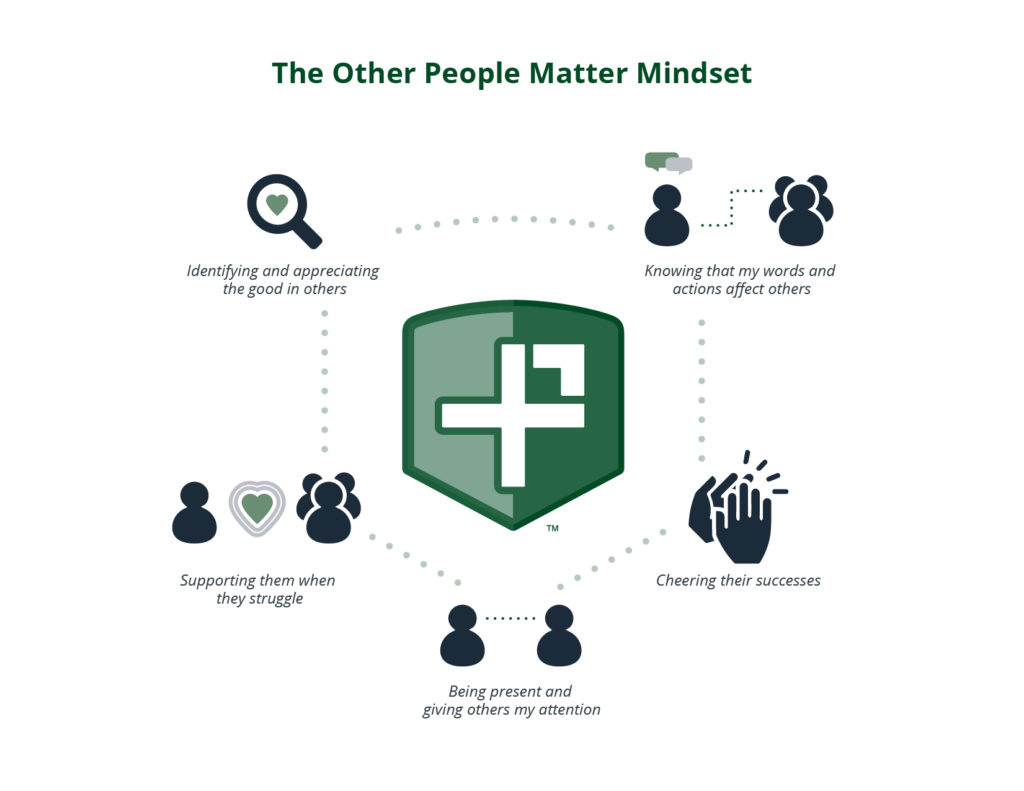 This person who exemplifies this week’s character strength is Dr. Chris Peterson. He was a Professor of Psychology at the University of Michigan and Co-Director of the Michigan Positive Psychology Center. In 2010, he was awarded the university’s Golden Apple Award, given annually to one professor who “treats each lecture as if it were his last.” Chris was one of the founders and leading figures in positive psychology – and was among the 100 most widely cited psychologists in the world. He served as research director of the Values in Action (VIA) project, which described, classified, and measured character strengths. His VIA Survey of Signature Strengths has been taken by more than a million people throughout the globe.

Chris authored A Primer in Positive Psychology and Pursuing the Good Life, and co-authored Character Strengths and Virtues, which sits at the foundation of what P2 Partner Schools teach. He also wrote a column for Psychology Today called “The Good Life.” His final article, “Awesome: E Pluribus Unum,” was published four days before his death and its last two sentences exemplify Chris’ belief that Other People Matter. He wrote: “We are all the same, and each of us is unique, certainly in death but also in life. May we all stop and notice.”

You can learn more about Chris and his work by reading his Psychology Today column, purchasing his books, and watching the videos below.

And, as a reminder, you can find all of our weekly slide presentations on our website’s Resources page. Enjoy the slides — and please be sure to let us know how it’s going by posting to Twitter and using the #PositivityInAction hashtag!

Jeff Bryan
Executive Director and Co-Founder of The Positivity Project
Working with educators across the country to empower their students to build positive relationships and become their best selves.